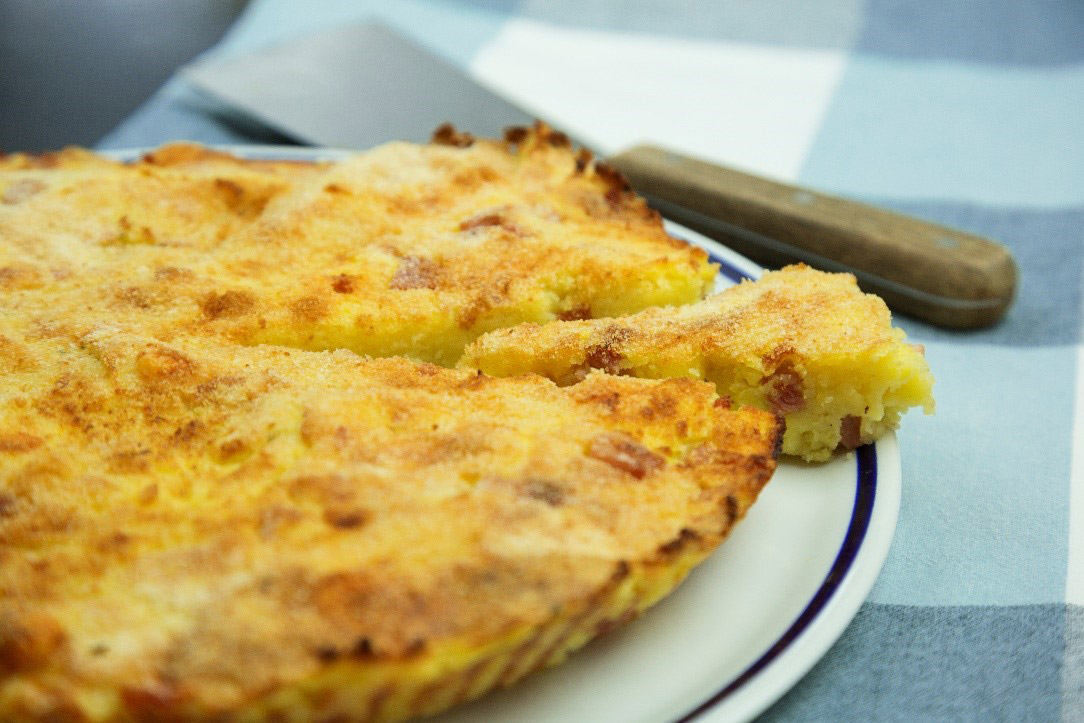 In a fairly large bowl, add plenty of running water and a teaspoon of sodium bicarbonate, dip the whole potatoes with all their skins. Let them soak for about 5 minutes. After this time, wash the potatoes again to remove any earthy residue. Take a very large pot, fill it more than halfway with water and bring to the boil. When the water has reached the right temperature, add the potatoes and let them cook for at least 30 minutes. To check if they are cooked, pick up the potatoes with a fork and if it sinks in, it means they are cooked.

Drain the potatoes, cool them under running water, peel them and pass them through a potato masher. If you don’t have a potato masher, simply work it vigorously with a fork, so that the potatoes become a homogeneous cream, which should not have any pieces of potato inside. Place the mixture in a bowl, add a pinch of salt, finely chopped parsley and a sprinkling of pepper. Mix the ingredients together, stirring with a wooden spoon. If the cream is hard, you can soften it with a glass of milk.

Cut the slice of cooked ham into cubes, do the same with the Provola Fattorie Cremona and add them to the mixture. Stir vigorously, distributing them evenly. Add the egg and grated cheese, stirring until the color of the egg has disappeared. Take a fairly large baking dish, butter the base with the butter from Fattorie Cremona and cover with breadcrumbs so that the gateau does not stick to the bottom during baking. Pour in the potato cream, level the surface with a wooden spoon and sprinkle with the remaining breadcrumbs. Complete by adding scattered butter curls to brown the top. Preheat the oven half an hour earlier to 200°C, bake the gateau for about 60 minutes, changing the temperature to 150°C. After the necessary cooking time, turn off the oven and let it rest for 10 minutes, to let all the ingredients settle. Cut into slices and bring to the table still warm.